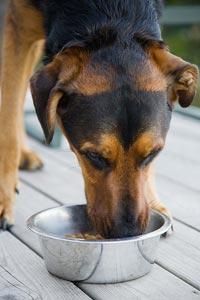 Multicultural consumers are expected to be a key driver in boosting pet ownership rates in the U.S., according to Packaged Facts.

More than 200 million pets of all types live in 65 million American households, and nowhere is pet ownership on the rise faster than in the homes of the nation’s multicultural families.

This is especially true in regards to dog ownership, according to Pet Population and Ownership Trends in the U.S., a recent report by market research publisher Packaged Facts.

Latinos accounted for 36% of the growth in the number of dog owners, while the multicultural population segment as a whole was responsible for 55% of the growth.

Beyond canines, Hispanic pet owners in particular are a consumer segment influencing other pet segments. Latinos are disproportionately important to the pet industry as owners of birds and they have made a significant contribution to maintaining ownership rates among cat owners.

Despite the boost, it may be offset by the decline in pet ownership by aging boomers. Between 2015 and 2020, as boomers continues to move into their late 60s and beyond, the number of Americans in the 65+ age group is expected to increase nearly four times faster than the growth in the adult population as a whole.

This rapid acceleration in the aging of America has raised an alarm for the pet industry because pet ownership drops off with age. While 53% of 65- to 69-year-olds own pets, just 34% of Americans in the 70+ age group have a pet in their home. One of the most significant questions facing the pet industry is whether boomers will follow in the footsteps of previous generations or whether, as always, they will create their own rules and keep pets in their lives well into their later years.

The report is based on data is compiled from Packaged Facts National Online Consumer Surveys conducted in January/February, April/May and July/August 2014. These surveys reflect a panel of 2,000 U.S. adults (age 18+) that is balanced to the national population on the primary demographic measures of gender, age bracket, race/ethnicity, geographic region, marital status, presence or absence of children in the household and household income.

The other source of primary data is Simmons National Consumer Study (NCS) for spring 2014 from Experian Marketing Services, which was fielded from April 2013 through June 2014.