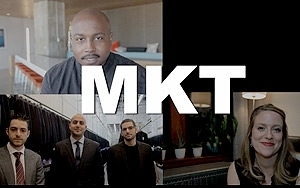 Two years ago, Horizon Media started MKT (pronounced market) as a celebration of entrepreneurship, to allow the agency’s internal inventors, imagineers, makers and dreamers to showcase their passions and side businesses to their peers, while also allowing employees to get their holiday shopping done during the busy holiday season.

Horizon curated more than 25 start-ups on a platform for entrepreneurs across various industries that range from apparel, professional services, confectionery, home goods and children’s toys.

Horizon employees are given first priority to participate in the initiative and employee referrals are also welcomed. This year’s entrepreneurs are featured in the “I AM MKT” video providing a firsthand glimpse of their stories.

The agency pushes entrepreneurial and inventive thinking in other ways. It recently announced the promotion of Taylor Valentine to the newly created post of chief invention officer to develop an invention blueprint and make its best ideas a reality.

"We are operating in a world where we have a white canvas and anything is possible," says the agency’s president, CEO and founder Bill Koenigsberg on appointing Taylor. "Today's landscape has provided more opportunity to invent than ever before. Invention needs to live in every corner of Horizon and become a way of life and a culture driver for all those working here."

MKT will occur annually in December and expand to the agency’s Los Angeles office.