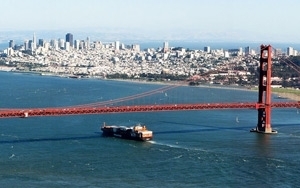 Following the launch in San Francisco, which has a target audience of more than 7.4 million, TabletTV will roll out to major markets across the U.S. in 2015.

Granite sees Tablet TV as a tool to promote broadcast TV, without the need for a television set. "This puts the broadcasters back into the driver's seat," said Peter Markham, chairman and CEO of Granite Broadcasting, told SF Gate. "Now we're going to a one-to-one relationship with the viewer, which the broadcast industry has never had."

Priced at $89.95, TabletTV’s starter kit including a T-Pod unit and iOS-compatible TabletTV App, now available on the iTunes App Store. The Android compatible App is expected to be available in 2015. Viewers get direct free over-the-air TV transmissions to their tablet devices utilizing existing ATSC distribution. Broadcast channels include all terrestrial network and local channels available.

Video-on-Demand and Subscription-Video-on-Demand content is expected to become available next year, along with availability for smartphones and phablets.

Amazon is handling fulfillment services for the company.

Tablet TV is a 2-year-old joint venture between Granite, a New York company that operates stations in six markets, and Motive Television, a London tech company.