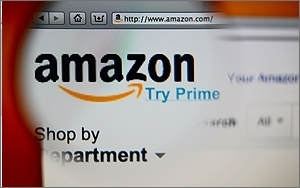 While the full range of the Christmas holiday season won’t be in until early next month, Amazon is proclaiming itself a big winner. And there are plenty of indications that, overall, both on and offline retailers are finding solid seasonal gains.

MasterCard Advisor’s SpendingPulse survey says its preliminary tally, covering the Black Friday to Christmas Eve period, is up a respectable 5.5%, in line with its earlier forecast. Jewelry and women's apparel sectors turned in the highest sales.

"This holiday season was a social one," says Sarah Quinlan, its SVP, in its release. "While certain retail categories saw steady performance from prior months, the focus on creating experiences stayed at the top of many lists. From dining out to planning trips to memorable pieces of jewelry, we saw increases in those categories that will drive future stories beyond just a package exchanged with a friend or family member."

Amazon says the holiday was a happy one, both in terms of merchandise, and AmazonPrime, which it says added 10 million new members this season, with 100 million more items shipping free, when compared to 2013. Amazon says it now ships over twice as many items with Prime as it does with Free Shipping, which it offers on purchases over $35.

It also reported a big gain for its branded consumer electronics devices, proclaiming Amazon Fire TV the best-selling streaming media box on Amazon.com this season, and its Fire TV Stick, Fire HD 6 and Fire HD 7 as among the most wished-for items. Sales of its Fire tablets tripled on Black Friday, while sales of its Kindle e-reader sales quadrupled. (Laura Hillenbrand’s Unbroken was the most gifted book of the season.)

It also declared some big wins for m-commerce, saying that almost 60% of its shoppers used a mobile device this season, adding that total holiday sales through its Amazon app doubled in 2014.