Consumers Favor 'Green' Companies, No Matter Why They Are Green 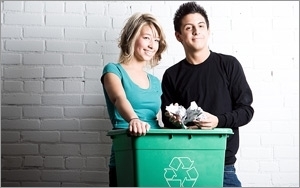 Kermit had it all wrong. It’s actually pretty easy to be “green” -- and more consumers than ever are striving to do so and think companies ought to be doing more to set an example.

Three in five Americans say they will make a New Year's resolution to live a "greener" or more environmentally friendly lifestyle in 2015, according to the results of a nationwide public opinion poll released here today by Tiller, LLC, a leading advocacy marketing consultancy.

When it comes to individual behaviors, more than 90% of Americans say it's important to recycle, moderate household use of energy and conserve water. Women are more likely than men to experience "green guilt" or to say concern over global warming has increased.

The survey evidenced a growing resolve for Americans to take personal responsibility for the environment. Better than eight in 10 Americans (83%) said they plan to look for more opportunities to "go green" in 2015. Similarly, the 60% of Americans who vowed to make green resolutions this year represents a significant increase from previous iterations of the survey (53% in 2009 and 49% in 2007).

"There is no question but that the environment is emerging as a central concern for most Americans," said Rob Densen, CEO of Tiller, in a release. "The question is less whether the environment needs our attention and more what needs to be done, collectively and as individuals. New Year's resolutions aren't a bad place to start. Counting carbs is incredibly challenging; counting carbons, a little less so."

The representative survey of 1,005 respondents across all 50 states was conducted on the Internet between Dec. 1 and Dec. 4 by the polling firm Pollara Strategic Insights. All respondents were at least 18 years of age. A probability sample of this size would yield a margin of error of +/- 3.1%. The margin of error is greater for subpopulations of the data.

A small minority of Americans (11%) dismisses the notion of global warming, and 58% report that their concern about it has increased over the last few years. Six in 10 respondents agreed with the statement that the "environment is in very bad shape and a major environmental catastrophe is inevitable."

Women display a higher sense of responsibility for reducing their environmental impact. They were more likely to agree that they would look for more opportunities to "go green" in 2015 (87% vs. 78%), and were also more apt to value the importance of day-to-day measures to improve the environment (such as moderating personal/household energy usage or bringing their own bags for grocery shopping).

Women were more likely than men to say they have felt guilt in recent years about not living a "greener" lifestyle (53% vs. 42%), and correspondingly were significantly less likely to express a fatalistic attitude about their own actions. Only one in five women agreed with the statement: "It's not worth making changes to lead a green life because one individual cannot have an impact on the environment." Nearly one in three men (32%) agreed with that statement.

Business can have a profound impact on the environment as well, and nearly four in five Americans (78%) agree that corporations have a responsibility to adopt "green" behaviors.

Survey respondents did not ascribe altruistic motives to corporations that change their business practices to become more environmentally responsible, believing most do so for regulatory or competitive reasons. Only 21% said they believe a genuine concern for the environment is a major motivating factor for companies that adopt greener behaviors. That said, 72% of respondents said they do not care why a company goes "green" as long as they do so.

By the same token, improved environmental business practices can create competitive advantage for companies. Seventy-eight percent of Americans believe it is important to "purchase products from a socially or environmentally responsible company" and better than two in five (43%) said they have declined to buy a product over the past year out of concern for the effect the product or its packaging might have on the environment.

Survey results indicate that one way corporations can help themselves on the green front is by being more price-competitive.
Three-quarters of respondents said they would like to live a more environment-friendly life, but it's too expensive to buy "green."

consumer, green eco-friendly, research
1 comment about "Consumers Favor 'Green' Companies, No Matter Why They Are Green".
Check to receive email when comments are posted.
Next story loading