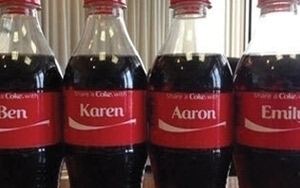 By and large, 2014 was a tough year for the large food and beverage companies.

U.S. sales trends and overall financials often underlined the increasingly undeniable reality that in the long term, it may not be possible to reverse sales declines or drive growth for legacy products that don't jibe with the shift to simpler, unprocessed foods that consumers equate with healthier lifestyles.

It was a year when the major companies honed their strategies in part by acquiring "natural" and organic brands and selectively divesting others. For example, General Mills purchased the Annie's natural snacks business. On the flip side, Unilever sold leading pasta sauce brands Ragu and Bertolli -- leaving the giant with a few core food brands like Hellmann's, Lipton and Ben & Jerry's, as it continues its shift to focusing on its higher-margin personal care products business.

Not surprisingly, it was also a year marked by numerous, aggressive attempts to revitalize brands through reformulations, rebrandings and line extensions, as well as innovative marketing.

A standout example of a marketing and packaging concept that helped stem (though not reverse) lagging North American sales was the "Share A Coke" campaign.

A story covering the launch of that global campaign in the U.S. in June ('Share A Coke' Bottles, Campaign Hit U.S.) — in which the brand name on many Coca-Cola bottles was replaced by one of 250 popular Millennial-generation first names (and other friendly identifiers like "star" and "bestie") — easily topped the list of Marketing Daily's best-read food, beverages and restaurant stories of 2014.

Plus, a follow-up story about six weeks later ('Share A Coke' Results Lead Summer Campaigns), reporting that the campaign had already generated more than 125,000 shared posts across digital channels (with 96% of those being either positive or neutral), was the second-best-read story of the year within the consumables categories.

Two Pepsi stories — one focused on a powerful advertising effort, the other on a product innovation — also made the top 10 best-read list.

In February 2014, Pepsi Max managed to out-perform the viral heat of its own 2013 "Test Drive" video of disguised NASCAR star Jeff Gordon terrifying an unsuspecting would-be car buyer, with a "Test Drive 2" video that pulled 4 million views in 24 hours. Our coverage of the sequel's success ranked #7 on Marketing Daily's best-read consumables stories list.

Just one slot below on 2014's best-read list was Pepsi to Launch Flavors with Real Sugar — one of many articles documenting big brands' shift away from processed ingredients to supposedly natural ones (in this case, from high-fructose corn syrup to "real" sugar).

PepsiCo's Frito-Lay unit also produced one of the best-read articles (ranked #4), with its nationwide test of "mystery flavors" of Doritos. In that unusual initiative, Doritos took a risk by actually distributing in supermarkets bags bearing the brand's "Jacked" logo, but not showing the flavors in the bags. Instead, there were three varieties identified on the bags only by three different "test flavor" numbers.

The other top 10 consumables stories all came out of the restaurant category.

Those were led by coverage of Domino's' attention-getting TV campaign extolling the importance of risk-taking and failure in enabling the brand to develop popular hits and "achieve greatness."