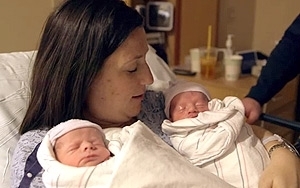 “Meet the first YouTube stars of 2015,” the company said in an intro to the film, noting that it was delivered in 24 hours. Capturing the excitement and anticipation surrounding some of the first babies born around New Year’s, the film shows a variety of activity leading up to births, including pregnant soon-to-be moms going about their daily routines, anxious friends and relatives in waiting rooms and finally, mothers expressing their wishes for their newborns.

The film is part of the client’s “Best Possible Start” initiative and ends with the tagline: “The best possible start begins with love.”

In October, the brand, part of Mattel, entered a global partnership with pop star Shakira and the Barefoot Foundation to create a Web series for moms and co-develop a new line of Babygear and toys. That collaboration is also tied to the Best Possible Start campaign.