Market On Track For Higher Sales, Lower Incentives This Year 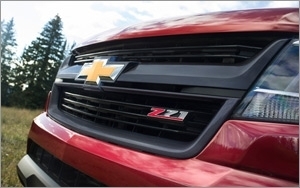 What's in store for 2015 for the car business? Most say it will be a strong year, especially if gasoline prices stay low. Mary Barra, CEO of General Motors, is optimistic. In a statement, she said — as many others have — that light vehicle sales will reach as high as 17 million, numbers not seen since 2001.

“The U.S. economy and vehicle sales have been rebounding since 2009, and we believe there is still plenty of room for the auto industry to grow,” she said. She cites the stronger labor market, better job security, and the recovery in home prices as fuel for showroom traffic. And optimism is higher, she said. “Consumers [are] feeling pretty good about the future, so we expect people will continue to replace their older cars and trucks. The recent sharp drop in fuel prices and rising incomes should only add to their confidence.”

Barra said Chevrolet is best positioned to benefit from the market this year, as it now has product again in mid-size trucks (Colorado) launched seven small cars and crossovers — including Spark, Sonic, Cruze, and most recently, Trax, in the last four years. The four vehicles had their best year in 2014.

For small crossovers, last year's trend will continue, the automaker predicts. General Motors says that category will likely grow 80% in coming years. Trax — one of them — is in 67 global markets, per GM, accounting for 188,000 sales since its 2012 introduction.

Barra also said the market and the automaker’s smaller vehicles will bring in younger and first-time buyers, who have not been rushing to buy cars -- preferring either used vehicles, or none at all. One of the forces that GM predicts will bring younger consumers to the market is GDP growth, creating some 200,000 jobs per month, driving the labor force and dangling better job prospects to new graduates.

GM cites data from the National Association of Colleges and Employers, which says employers plan to hire 8.3% more new college graduates from the Class of 2015 for their U.S. operations than they did from the Class of 2014. Said Barra: “A growing jobs market and new vehicles that exceed expectations for fuel economy and high technology are the best ways to rekindle the love affair America’s youth have historically had with cars and trucks.”

Volkswagen, meanwhile, enjoyed the biggest drop in incentive spend of all automakers: the automaker's dealer and consumer incentives dropped by over 13% year over year, to $2,568. But the Japanese automakers (except Nissan) and the Korean brands all have lower incentive numbers than any other marques. Ford, GM and Nissan's average incentives are all above the industry average of $2,860. But the domestics also sell far more higher-ticket vehicles: pickup trucks, which carry higher incentives as a percent of sticker price.