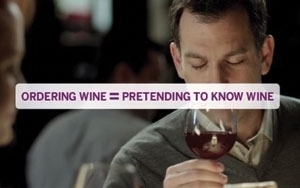 The direct bank subsidiary of Ally Financial is launching an ad campaign emphasizing its “no branches, great rates” point of distinction.

The campaign from the Midvale, Utah-based company debuts this week with two online videos, followed in upcoming months by television spots. The effort was created by Grey New York.

The ads emphasize that because it is an online bank, it uses the money it saves from not operating expensive branches to provide what is most important to its customers, namely great rates and an award-winning customer care center staffed to serve its customers any time of the night or day.

Ally Financial exited the Troubled Asset Relief Program in mid-December when the Treasury sold its entire remaining stake in the company. TARP is the program the U.S. government started during the financial crisis to bail out banks and automakers. The result for the bank’s customers is that the FDIC should no longer have reasons to pressure Ally Bank to keep their deposit rates low.

In 2009 the FDIC asked Ally officials to keep the rates on deposits low enough so the bank wasn't one of the nation's top five rate payers, as measured by Bankrate.com. This came after the American Bankers Association complained to the FDIC about Ally's deposit rates. The ABA thought it was risky for Ally to be allowed to pay above-market rates since Ally was receiving government assistance.

"A constant theme in our customer research was that consumers are concerned about ensuring their savings are earning competitive rates, and they also preferred banks whose rates don't fluctuate significantly," Morais said in a release. “The spots are a humorous way to make the point that Ally doesn't just talk about great rates, we have a business model that makes consistently competitive rates part of what we deliver to our customers every day.”