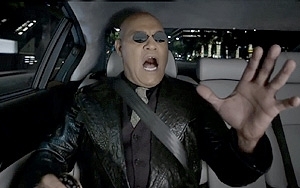 Small dogs can bark, and that certainly holds true for Super Bowl advertisers. But Communicus, a Tucson, Ariz.-based ad consultancy, says that big or small, the volume isn’t the point when it comes to successful Super Bowl ads.

The company says that 80% of ads fail to produce meaningful impact among consumers, though small and “underdog” brands often beat those odds. Especially those brands offering something really new. The firm points to Beats Headphones, Sonos Wireless Hi-Fi and Butterfinger Peanut Butter Cups as standouts last year. Yes, there are small dogs who yap incessantly, but the irritation factor doesn’t count.

The firm notes that the big dogs — say, automakers — have a far higher chance of success (a 60% success rate in building purchase interest) when they have a new model to promote. Those without a new model have less than 20% odds of generating meaningful gains in consumer interest for their brand, per the firm. Exceptional examples are Mercedes-Benz, which touted the then-new CLA entry-level car 2012, and Kia's K900 luxury car in 2013. Mercedes-Benz had a bit more going for it, as it also has exclusive branding at the New Orleans venue where the game was played.

The firm also says it doesn’t pay to play with celebrities, as the success rate is no higher for celebrity ads in the Super Bowl. “The celebrity-chocked Radio Shack ad of 2014 failed to cure the company’s woes,” says the firm. “Ford, Dannon and Samsung have been unable to leverage their celebrity investments into payout for the brand.”

On a category level, beverage brand ads — both for soft drinks and beer — get positive impact from their Super Bowl spend. But while Pepsi and Coke both invest heavily in both commercials and pre-game activation, neither is pulling consumers over from other brands, per Communicus data.

The agency says the winning formulas are staying true to brand personality (Ram Truck's “God Made a Farmer” ad); highlighting what is unique about the brand (Oreo’s 2014 Whisper Fight); and telling “an engaging story that revolves around the brand, using either an emotional appeal or humor to make its point.”

Communicus’ data comes by way of before-and-after interviews with the consumers, to gauge changes in their brand preference and behaviors consequent to having experienced and engaged with the brands advertising in the Super Bowl. The research also looks at the impact of the advertiser-generated social media programs tied to the Super Bowl commercials, per the firm, which says it analyzes advertiser-generated social media activity pre-game, during-game and post-game.