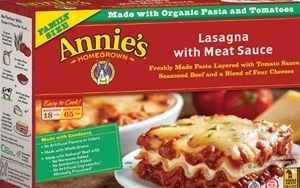 Frozen meals have been suffering flat to declining sales for years now.

The reasons are well known: Consumers — and young consumers in particular — increasingly equate "healthy" with "fresh." Cooking from scratch has been made easier by the availability of chopped fresh vegetables and other time-savers, instructional videos and scads of fast recipes. In addition, food retailers have been stealing share with an increasingly broad array of ready-to-eat offerings, mobile ordering/pick-up, and meal solutions packages that include all of the ingredients needed for a meal, along with the recipes.

Together, frozen dinners and entrees, pizzas, side dishes and appetizers/snacks saw U.S. sales decline 0.3%, to $22.3 billion last year, following a 1% decline in 2013, estimates Packaged Facts, in a new report on these segments.

But the introduction of more organic and "natural" frozen offerings represents a bright spot, according to the report's author, business research analyst Howard Waxman.

Frozen products identified as natural or organic are seeing more positive trends than frozen foods in general because "consumer concerns about preservatives and other ingredients are alleviated by the notion that if the products are natural or organic, they must be fresher or, at least, healthier," he reports.

That's the core dynamic behind recent developments including General Mills's acquisition last year of the Annie's, whose natural/organic products include frozen entrees, pizzas and snacks; ConAgra's introduction of more natural ingredients in its frozen meals; and new products by frozen meals leader Nestlé such as Lean Cuisine Salad Additions (frozen chicken and other ingredients to add to fresh salad).

There also seems to be growing awareness among the majority of ever more budget-challenged consumers that these frozen foods offer strong nutritional value at lower cost than fresh prepared meals and ingredients, helped by recent marketing pushes by frozen food industry organizations. "Organic and natural frozen foods appeal to the consumer who is both cost conscious and health conscious," points out the report.

Given America's well-documented shift to consuming snacks and appetizers as meals, and a desire for healthier snacks, frozen food makers also have an opportunity in snacks, which accounted for just 9% of 2014 sales across the entrees, pizzas, side dishes and snacks sector, according to the report.

In addition, consumers do have a continuing appreciation of frozen foods' undeniable convenience, Waxman points out.

As a result of these various factors, the report estimates that sales for these frozen categories will uptick by 0.7% this year, and by 0.8% to 0.9% per year to 2019, when their combined sales will reach $23.2 billion.