Intel, Dell Explore 'What Lives Inside' On Film 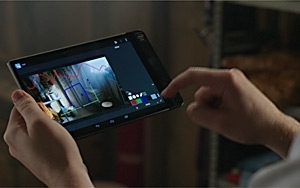 Intel has tackled romance, thrillers, and science fiction in its social film series with Toshiba. The next genre? Fantasy, and the brand is bringing along a new partner in Dell.

The new social film (which, like the others, will solicit ideas from the public to be integrated into the plot) will star J.K. Simmons (who just won a Golden Globe for his role in “Whiplash”), Colin Hanks and Catherine O’Hara. Directed by (two-time Oscar winner) Robert Stromberg (who recently directed “Maleficient”), this year’s film will tell the story of a man, Taylor (portrayed by Hanks), exploring the world of his recently deceased father (Simmons), an acclaimed children’s puppeteer. As the character uncover’s the mysterious world of his dad’s creations, he sets off on an adventure to unlock his own creativity.

“The story has become a very personal journey for me,” Stromberg said, in a statement. “As a working father in Hollywood, I can relate to the father's struggles in the movie, which made me very passionate about how the characters evolved.”

Dell’s Venue 8 7000 Series tablet will have a featured role in the film, accompanying Taylor on his journey, as he uses the device’s unique features for his own creative ends. Beginning this week (and running through March 9), consumers can submit character sketches and drawings for potential inclusion in the film at www.WhatLivesInside.com.

“It’s hard to naturally integrate a product into a film,” Billie Goldman, partner marketing manager for Intel, tells Marketing Daily. “In this film, the product capabilities are integrated in a great way.”

In previous iterations, Intel had worked with Toshiba on the films. This year’s film features Dell products because of the way they could realistically show off current technologies, Goldman says.

“It was too irresistible,” Goldman says “Everything in the film [that is done on the product] is as real as can be. It’s no longer ‘science fiction.’ It’s ‘science fact.’”

The series will debut on March 25, running exclusively on Hulu, with installments coming weekly for the next four weeks. The full series will be available on the “What Lives Inside” home page and YouTube beginning on May 6. Achieving true virality has become more difficult (and expensive) since the series started several years ago, Goldman says. Hulu also reaches the company’s Millennial target better, she says.

“Hulu is a unique platform that our audience is utilizing,” she says.