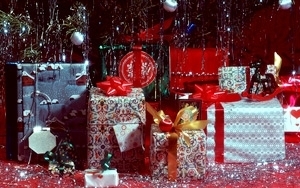 The good news is that the National Retail Federation says that as predicted, consumer spending over the November/December holiday rose 4.1% to $616.1 billion. That’s the best increase since 2011, and what it calls proof that consumers are “moving beyond pessimism.” The more interesting news, however, is that sales weakened in December, right when most experts were predicting that people would be pouring the cash they were saving at the gas pumps into extra gifts for the family.

In its report, NRF chief economist Jack Kleinhenz says the season’s overall gains “affirm our initial belief that consumers going into the holiday season had the spending power necessary to give retail the shot in the arm it needed." And about December’s disappointing results? “It is important to recognize that December is a very difficult month to adjust for seasonal forces because of holiday spending and this could explain in part this month’s volatility."

Others see the mysterious December slowdown as evidence that consumers are cannier than many retailers realize. “We are all tired of talking about the recession, but it certainly is grounded in how Americans have been living for quite a few years now, and for many, it’s still tough,” says Wendy Liebmann, CEO and chief shopper at WSL Strategic Retail. “Wages aren’t increasing, and the cost of living is. They are very frugal, very circumspect. They are rational, and have all the technology at hand to use their money well.”

Consumers’ tenacious frugality is key, she says. Among the households it tracks in its How America Shops surveys, a third of the middle class (those with an annual household income between $50,000 and $100,000) are still pessimistic about their standard of living.

And two-thirds of that segment say they are still “watching prices on everything, passing up favorite brands in favor of an okay one, and pre-shopping to choose where they will shop, usually based on what’s on sale.”

That means they’re making tradeoffs, she says. “We saw them buying things like phones and tablets, which are pragmatic, but fewer clothes.” What’s more, she says, they’ve gotten used to it. “Middle-class America has not been living that aspirational life that we might have dreamed of in a very long time.”

Still, as the savings from the dramatic drop in gas prices begin to pile up in the family checking account, some experts are predicting those gas savings will inspire big-ticket spending in the months ahead. New research from The International Council of Shopping Centers says that about 42% of American adults it surveyed feel they have more moolah to spend as a result of lower gas prices. And of those, 72% say they intend to spend money in the next three months, on such big-ticket purchases as a car, appliance, home improvement or travel.