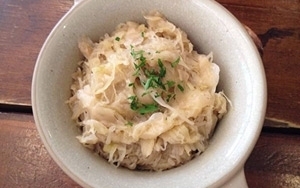 In the year ahead, consumer preferences and purchases will be influenced more than ever by specifics related to how food is produced and packaged, according to Dunnhumby, which bases its top food-trends predictions on its analyses of extensive shopper purchasing data and consumer interviews.

Few in the food industry will be surprised to hear that a preference for sugar and other natural sweeteners, as opposed to artificial ones, leads the predictions list for 2015.

Most consumers engaged in the natural sweeteners trend say that health concerns are their primary motivators, confirms Dunnhumby.

Those engaging in this trend want to feel like they're doing better for themselves and the world. They're proactive about their health, and they seek out more natural processing and high-quality ingredients that they can trust. More than half reported that they buy products specifically because of responsible production considerations.

Also, compared to their behavior relating to other foods on this year's trends list, consumers are much more likely to seek out additional information about responsibly produced products. About a quarter (26%) said they had learned more about such products from a magazine, 15% from doing research and 14% from seeking out information online.

The other trends identified by Dunnhumby for 2015, while not new, are ones that might be somewhat more surprising as being ranked among the top five:

*Fermented foods: Dunnhumby intentionally limited its research in this sector to more "niche" foods that are pickled or have fermentation in their production processes, such as sauerkraut, kimchi, leben, tempeh and kefir, excluding mainstream fermented foods like yogurt, which might be purchased for attributes other than fermentation (like high protein).

Overall,  just 8% of consumers reported first trying various trending foods in restaurants, versus one-third reporting that they discovered foods while shopping in mainstream grocery stores, according to Dunnhumby.
*Small-batch foods: Consumers who seek out handmade or "artisan" foods consider them to be lifestyle choices in line with their proactive approach to health. They view these foods as offering a more natural experience and higher-quality ingredients for themselves and their families, as well as well as having positive impacts on the world. They believe that engaging in the small-batch foods trend, and supporting local or small businesses, supports their social and ethical beliefs. They also like the unique flavors, fun, experimentation and exclusivity that they associate with these foods.

Interestingly, most said that they first became aware of small-batch products at the grocery store. Other common discovery channels include restaurants (17%), cooking shows (13%) and cookbooks (10%).

And while they identify with the trend, and like to research and discuss small-batch foods, their decisions to select these over similar, mass-produced items depends to some extent on price and availability. They're not apt to go to great lengths to get small-batch items, according to the report.

*Religious standards: Here, Dunnhumby is referring to products, especially meat, that are prepared in line with religious standards — particularly the uptrend in interest in halal, or foods permissible under Muslim dietary guidelines.

People following this trend "are not necessarily participating or aligned with the religion that produces these standards, but still favor products prepared in line with the religious standards," reports Dunnhumby.

"Most consumers eating products prepared using religious standards (82%) said they cared about the impact the foods they eat have on their health," the researchers report. "They believe that eating items produced meeting religious standards allows them to be proactive about their health and enhances their well-being. But it also reflects their desire to be their best self. They believe the designation signifies higher product standards. By caring about the preparation and choosing to purchase these products, they feel they are showing that they care about the impact that the foods they eat have on the world."

Most (40%) of consumers following this trend  discovered these products through word of mouth. They are highly likely to purchase items that met religious standards, specifically halal, over other similar items, and to spend a lot of time researching products that meet religious preparation standards and incorporating those into their diets. They also said that they plan to buy more of these products as more companies offer them.

Asked about kosher foods, Anna Saffer, director of new product development for DunnhumbyUSA, explained that the kosher-certified trend, with over 40,000 products with kosher claims, "is a much more mature market with much less room for growth."

Dunnhumby reports that it checked the validity of its 2014 food trend predictions by reviewing actual sales trends through October 2014, and found that 78% of the five macro and more than a dozen micro trends identified did experience strong sales growth. Products within the identified trends saw sales growth of 24% versus previous year, on average, according to the company.

The full 2015 food trends report can be downloaded free from Dunnhumby's site.