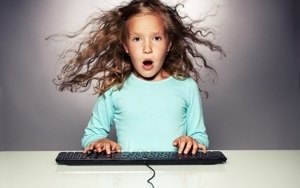 Some 92% of children have a digital footprint by the age of two, and now, most adults believe digital technology and the Internet are ruining childhood, according to Havas Worldwide's "New Dynamics of Family" report.

One in three adults say technology is destroying family life, and half believe that allowing a child unrestricted access to the Internet is a form of child abuse.

The agency's Prosumer Report examines a number of themes underpinning structural shifts within the modern family, changing family relationships, parenting in the digital age, and the impact of children on consumption habits among those living in 20 countries.

“Nothing is more important than family. But that word has very different meanings for different people,” said Havas Worldwide and Havas Creative Group Global CEO Andrew Benett. “To contribute to consumers’ lives in a meaningful way, brands must first understand the realities of family relationships and the complexities of parenting in today’s digital environments. Those are the insights we’ll be sharing with our clients.”

Worries over digital technology are but one component in a more generalized concern about the changing nature of home lives. Two-thirds of adults say that today’s children aren’t given enough of a chance to just be kids, and half believe parents are sharing too much about their children on social media.

There is also a general sense that families simply don’t enjoy as much downtime together anymore: Nearly 7 in 10 parents surveyed said they wish their families ate together more often.

There is a desire to return to yesteryear, with many so-called traditional rules. Nearly half the males surveyed (46%, as compared with 37% of women) believe children would be better off if their mothers didn’t work outside the home. And 4 in 10 males believe families work best when the father is the “provider,” while only a quarter disagree.

Six in 10 respondents (65% of men and 56% of women) said that people who are single all their lives (no long-term romantic relationship, no children) are missing out on an important part of life. A majority (51%) agreed that children who are raised by their biological mother and father have an advantage over children who are not, while just 21% disagreed. (The remainder were neutral.)

Furthermore, a majority of men, compared with just more than a third of women, believe boys and girls should be raised according to their gender, with separate toys and clothing. The countries most supportive of rigid gender roles for children were Ukraine, Indonesia and China, while Taiwan, Portugal, Italy and India were most apt to support gender-neutral upbringings.

Respondents in the U.S. and the UK were the most divided, with each option being selected by around half of respondents.

This longing for old times also influences larger societal trends. Eight in 10 global respondents say they worry about the modern world’s loss of respect for elders. More people feel that the legalization of same-sex marriage is bad for society vs. those that feel it's a good thing (32% vs. 27%).

That said, millennials overwhelmingly support most liberal issues. As such, 34% of millennials believe same-sex unions are helping society, versus 19% of baby boomers. And there's an overall positive shift on topics such as the rise in interracial marriage, international adoptions, IVF and other “artificial” means of conception and homeschooling.

The concept of family has expanded in recent years. Two in three men (62%) and nearly three-quarters of women (73%) say: “Friends can be as much ‘family’ as blood relatives.” And nearly a third consider their pets to be part of the family.

Whether they are related by blood or through friendship, people say their family brings them more joy than anguish. Despite the general love fest, around a quarter of respondents (26%) admit there’s too much drama in their families. And 1 in 5 millennials would actually go back in time and be born into a different family if given the option.