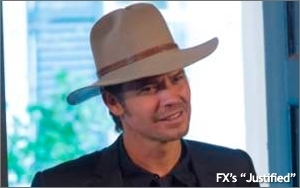 No network has provided more fodder for a TV columnist over the years than FX.

For the past 12 years or so, this Fox-owned cable channel has produced one iconic, groundbreaking show after another, including “The Shield,” “Nip/Tuck,” “Rescue Me,” “Damages,” “Louie,” “It’s Always Sunny in Philadelphia,” “Sons of Anarchy,” “Justified,” “The Americans,” “American Horror Story,” “Fargo” and others.

“The Shield,” starring Michael Chiklis, changed cop shows forever. “Louie,” starring Louis CK, changed sitcoms just as significantly. Both shows, along with the rest of them, broke all kinds of barriers and taboos for advertiser-supported TV shows –- language, nudity, sex, violence -- you name it.

It hasn’t always been pretty, and it hasn’t always been appropriate either (at least from a persnickety critic’s standpoint). And yet, FX has accomplished something that not too long ago would have been unthinkable -- namely, successfully selling spots within programs whose contents were once out of bounds. Or to put it another way, FX airs shows that are often as challenging (if not extreme) in their contents as the shows on pay-cable HBO, but FX remains a basic-cable network with commercials.

For me, FX has made life interesting. The taboo-shattering shows on FX have provided the subject matter for countless columns -– whether I liked the shows or not.

For the record, I loved “The Shield,” and have long regarded it has one of the finest shows I have ever encountered in my career. I also loved “Louie,” “Rescue Me,” “Sons of Anarchy” and “Justified.”

“Justified” happens to be the catalyst for this blog post because tomorrow night (Jan. 20), “Justified” will start its sixth and final season. In case you didn’t know, it’s a police drama -- based on characters created by Elmore Leonard -- set in a crime-ridden rural county of Kentucky. I am going to miss this show when it’s over.

Like many other FX shows (the recently dearly departed “Sons of Anarchy” comes to mind), “Justified” is addictive, owing to the quality and style of its storytelling. Like most of the shows on FX, “Justified” is an unabashed serial -– the kind of show whose episodes are suitable for watching either one at a time or clustered together.

When episodes of FX shows end, they leave me wanting more. Moreover, you never know how long an episode will be. In the interest (presumably) of fostering creativity and loosening restrictions on story structure, episodes of FX dramas vary greatly in length. They’re often more than an hour, which feels like a gift when you’re reluctant to see an episode reach its end.

Based on the wide variety of shows that FX has presented over the years, FX is my favorite network -- although I can’t admit to loving all of the original series FX has aired. Far from it.

I like “The Americans,” but I didn’t love “Damages.” I didn’t care for “Dirt,” the Courteney Cox comedy about a tabloid newspaper, and I really disliked “Over There,” a drama series Steven Bochco produced about the Iraq War.

I don’t particularly care for “American Horror Story” and unlike just about everybody else, I was repelled by the extreme -- and in my opinion, gratuitous -- violence of the first season of “Fargo.”

And I happened to love a handful of FX shows that didn’t last, including the long ago Las Vegas comedy called “Lucky” and the drama called “The Riches” about a family of American gypsies. On the other hand, the Charlie Sheen comedy called “Anger Management” does nothing for me (or for few others either).

Oh, well. Every network has its ups and downs, winners and losers. But few, if any, are as consistently fascinating and unpredictable in their programming choices as FX.

Receiving a new press kit with preview DVDs of upcoming FX shows has long made for some of the most rewarding and challenging days in my working life. May it continue to be so, long after “Justified” has breathed its last.

The final season of “Justified” starts on Tuesday night (Jan. 20) at 10 Eastern on FX.