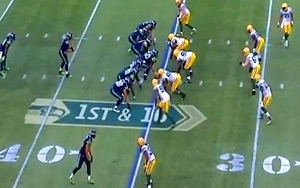 Although down versus a year ago, the NFL Championships games on Sunday were again among the top three best-rated TV shows of the year.

The AFC Championship game pulled in substantially lower numbers than in 2014. Helping out the lower returns was a blowout win on Sunday by the New England Patriots over the Indianapolis Colts.

Those games typically continue to be the second- and the third-best TV shows of the year — with the Super Bowl more than double each of those contests with 105 million viewers or more.

The Oscars, which will air later this month, typically comes in fourth place. Over the last several years, it has hovered in the 40 million viewer range. Last year it hit 43.7 million, earning 40.4 million in 2013 and 39.3 million in 2012.