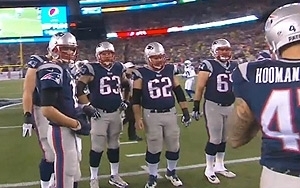 Google calls searches in January a "month-long series of digital moments" giving brands an opportunity to connect with fans before the big game. The company analyzed numbers from 2014 to reveal a correlation between the increase in specific keyword searches on search engines, and the ads that will do well online and on television game day.

Pre-game, 75% of brands released content before the Super Bowl to make the most of their video and TV strategies. Post-game, fans searched for recaps and highlights from the game with the keyword term "Super Bowl highlights" rising 72%, compared with year-over-year (YoY).

From Jan 1 through 19, 2014, football fans searched for information on games, teams and players. Those terms rose 300% during the first three weeks in January. Google and YouTube searches for recipes rose 10% YoY. More than 50% of views of Super Bowl ads occurred prior to the game. On game day, mobile searches related to "Super Bowl" rose 30% YoY. Post-game day, searches for "Super Bowl ads" spiked, halftime show queries jumped 117%, and from Feb.1 through Feb. 9, 2014, fans watched "221 years" worth of ads on YouTube AdBlitz.

On game day, Hyaat Chaudhary, CEO at Carbon Media Group, believes fans are more interested in searching for odds, stats, records, players, and other details related to the game. For many viewers, the commercials are just as important, or more important, than the game itself. "The commercials are the entertainment, and people will do searches online during and after the game to find commercials they want to re-watch," he said.

Despite a 12.5% media rate increase to $4.5 million per 30-second ad spot during this year's game, advertisers are eager to pay. NBC recently reported that 95% of available ad space has been sold. Chaudhary points out that brands get more for their money by releasing commercials, or parts of them, on social sites.

Chaudhary said more innovative brands, especially ones lacking the financial resources to invest in mainstream Super Bowl ads, continuously find new ways to reach their audiences using the Super Bowl as a reference. For instance, he said, an outdoors brand may know one of the players in the game is an outdoorsman, so brands capitalize on that fact by putting together timely content that caters specifically to their audience.

More brands lean toward nostalgic and sentimental ads, a growing trend this year, Chaudhary said. "During last year's Super Bowl, some of the most successful commercials like the Budweiser "Puppy Love" ad were sentimental in nature," he said. "This was a big trend at the Sochi Olympics last year too, where brands like Guinness and Procter & Gamble relied heavily on sentimental ad campaigns."

Regardless of the type of ad, it's about connecting with the audience. More and more brands look to make connections with consumers, and the Super Bowl provides a very good opportunity for brands to leverage their digital strategies and social media to do just that.