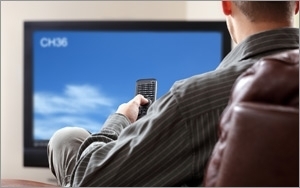 NBCUniversal will look to promote its TV Everywhere efforts with an 11-hour free trial around its Super Bowl XLIX content.

Without logging in, consumers can stream programming from the Super Bowl game itself as well as all pre-game, half-time, and post-game programming, and the midseason debut of “The Blacklist,” which will follow the game, airing on NBC on February 1.

The effort, “Super Stream Sunday,” follows up on NBC’s first advertising campaign for TV Everywhere -- “Watch TV Without The TV.”

NBC’s streaming programming starts at noon ET with NBC’s Super Bowl pre-game coverage and concludes with “The Blacklist,” which follows post-game coverage at about 10 p.m. ET.

“The Blacklist” will air the first episode of its two-episode midseason premiere immediately following the Super Bowl. It then moves to its new time slot at 9 p.m. Thursdays, beginning Feb. 5.

TV Everywhere is when networks/programmers stream their programming on a number of digital devices, including PCs, laptops, smartphone, and tablets through mobile apps and other means.

Typically, viewers need to be “authenticated” — monthly consumers of a pay TV provider service through cable, satellite, or telco. Many critics say those efforts have been slow in terms of their engagement by networks and use by consumers.