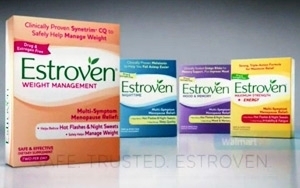 Nearly three in four women (72%) experiencing menopausal symptoms have not received treatment for them, according to the Endocrine Society. Now, independent ad agency Grok is launching a new campaign for Estroven, the top-selling drug-free menopause supplement to help these women ease their discomfort.

"Menopause, although uncomfortable and irritating, is a natural part of life. Our goal was to demonstrate that with Estroven, you can minimize the negative aspects and enjoy this great new stage of life," says Julie Bauer, Grok¹s CEO.

The campaign's concept centers around “The Menopause Monologue,” a forum that is designed to provide an honest, humorous and emotional take on a subject that is not often discussed in public.

The ads show menopausal women holding up hand-written cards describing the relief they felt after taking Estroven. "We wanted women to nod their heads and think 'Yeah, they get me.' and 'Yeah, Estroven can help me,'” according to the agency.

The campaign’s TV spots are intended to inspire women to express their frustrations via social media about the changes they go through during menopause, many of them unexpected. Still, agency executives say it was a challenge to find the proper balance of insight, honesty, and humor both in the creation of the spots as well as the production.

The campaign debuts via national television and will run throughout 2015. Grok has worked with Estroven since 2009. Estroven is distributed by i-Health, the consumer brands division of DSM, a $14 billion global material and life sciences company.

The company declines to specify the ad budget for the campaign.