Dish Gets Partial Win In Battle Over Streaming TV 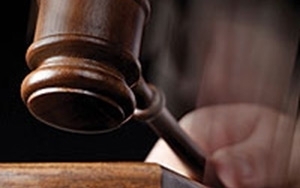 But the decision wasn't completely in Dish's favor. Gee also said that Dish broke its contract with Fox by offering subscribers the opportunity to watch both live and recorded programs on devices other than television sets.

Gee issued her decision under seal on Jan. 12 and released it publicly on Tuesday, shortly after Dish and Fox indicated that they will try to resolve the lawsuit out of court.

Although it now looks like the case will be settled, Gee's ruling is seen as significant because it's the first major decision about streaming video since the Supreme Court ruled against Aereo last year. In that matter, the Supreme Court said that Aereo infringed copyright by streaming TV programs to consumers' smartphones and tablets.

"This decision is a welcome indication that TV viewers still have the right to record TV they have lawful access to, and play it back at the time and place and in the manner of their choosing,” stated John Bergmayer, a staff attorney with the advocacy group Public Knowledge. “As Judge Gee's opinion demonstrates, the law is clear on this point, and companies like Dish can continue developing and marketing services and devices that allow consumers to use their rights."

For several years, Dish has offered subscribers the ability to stream programs in real-time to smartphones, tablets and computers. Dish also enables subscribers to record programs and watch them later on a variety of devices. The company's AutoHop service lets people watch recorded programs without the ads.

Fox argued that Dish's technology, which involves streaming shows over the Web, infringed copyright for the same reason that Aereo's did.

Aereo, which is now in bankruptcy, relied on antennas to capture over-the-air programs and then stream them to its customers' smartphones and tablets. Broadcasters said that Aereo was illegally retransmitting programs by publicly performing them without licenses. Aereo argued that it didn't need licenses, on the theory that its streams weren't “public” because they were made on an antenna-to-user basis. The Supreme Court rejected Aereo's argument last year, ruling that the company was publicly performing programs regardless of its back-end technology.

Unlike Aereo, Dish had license agreements with broadcasters. But Fox argued that Dish infringed copyright despite its licensing deal. “A license granting Dish the right to transmit over a satellite television system is not the same as a license granting a right to transmit over the Internet,” Fox wrote in its motion for summary judgment. “Dish therefore has no greater right to stream Fox’s programs over the Internet than Aereo did.”

Gee said that she disagreed with Fox's interpretation. Dish doesn't “receive programs that have been released to the public and then carry them by private channels to additional viewers in the same sense that Aereo did,” she wrote. “The ultimate function of Dish Anywhere is to transmit programming that is already legitimately on a user’s in-home hardware to a user’s Internet-connected mobile device.”

While Fox lost its argument regarding copyright infringement, the company successfully argued that Dish was violating its contracts with the broadcaster, including a retransmission agreement that restricted the satellite company's ability to transmit shows to subscribers. Gee granted Fox summary judgment on some of its claims regarding breach of contract; the specifics of its agreements with Dish haven't been made public.

Proceedings in the case have been suspended until October, to give Dish and Fox time to reach a settlement. Last year Dish agreed to disable its ad-skipping feature until three days after live broadcasts by ABC and ESPN, and seven days after some prime-time broadcasts by CBS.