Back In Super Bowl For First Time In Two Decades, Nissan Teases Theme 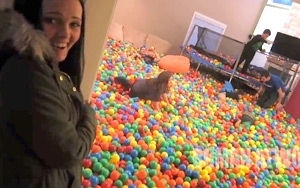 The last time Nissan advertised on the Super Bowl there wasn't any social media, rich media, or online videos. And the Internet, such as it was, was a dial-up affair. But Nissan is back again, the prodigal advertiser, and is using all of the above as part of its sneaky lead-up to next month's Super Bowl.

The automaker, like some other advertisers, is focusing on parenting (Toyota is running “To Be A Dad” featuring athletes and others with their kids). What Nissan won't do is show the new ads before the game. Instead, it will launch collateral efforts using social media mavens, around parenting and family priorities, with a social media component at #withdad.

The lead-up includes enlisting successful YouTube content producers, mining them both for creative and for their audiences. The YouTube content kings have to make short online teaser films on the #withdad theme, according to Nissan. The automaker tapped: Epic Meal Time, Dude Perfect, Jabbawockeez, Convos with My 2-year Old, and Roman Atwood and Action Movie Kid, who will lead off.

While the producers will post content to their own channels, the content will also be aggregated to the #withdad hub on the Nissan YouTube channel. The #withdad content is available now at www.withdad.com, and Nissan says the remaining films will go live over the two weeks leading up to Super Bowl.

Fred Diaz, SVP of Nissan sales and marketing operations, said in a statement that the idea was to do something different and keep people in suspense. “With so many commercials airing before the big game, I fundamentally believe it takes away much of the magic of showing the commercial on the biggest stage of the year,” he said.

“Prior to the Super Bowl, we do, however, want to build suspense around our story, while provoking a social conversation around the overarching theme. Our highly creative YouTube content creators help us do just that as we get ready to share our spot with America on Super Bowl Sunday.” Nissan’s long-time AOR is L.A.-based TBWA\Chiat\Day.