Q&A: The Rise Of 'Buy Our Product, Change The World' Positioning 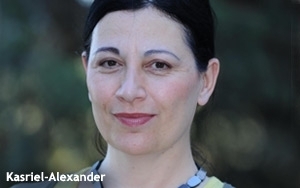 It’s certainly not news that consumers believe that the decision to buy certain brands — and shun others — can change the world. It’s an idea at least as old as the boycott (circa 1880), and as current as the enthusiasm for electric cars and GMO-free potato chips. But Daphne Kasriel-Alexander, consumer editor at Euromonitor International, says that this year, the trend is likely to get a slightly different twist and importance, “resurfacing strongly both in terms of expression through product consumption and corporate responsibility." She tells Marketing Dailywhy brand activism is gaining even more steam.

Q. So as you say, this isn’t new. What’s different?

A. I think the strapline at Etsy says a lot about how ambitious consumers feel now: “Join the movement rebuilding human-scale economies around the world.” Another example is that a few Silicon Valley tech giants, including Microsoft and eBay, are backing change.org, the big petitions Web site. That’s quite political. And this past year, two ad campaigns that got a lot of attention were Rolex’s “Young Laureates,” with the line “Anyone can change everything,” and then “Chime for Change,” a Gucci-founded female empowerment initiative. There are vegan fashion brands. And at Chanel’s recent Spring / Summer 2015 fashion show in Paris, there was a mock protest, with a “mob” of supermodels carrying signs like “Women Fashion Power.”

Q. Women do seem to figure prominently in this trend — Pantene’s #Not Sorry, Always’ popular “Like A Girl” videos, even American Greetings’ World’s Toughest Job” video.

A. Yes. Some examples are the revival of “This is what a feminist looks like” T-shirt (despite the subsequent cheap labor controversy. Another is Benetton’s “Submit the news you would like to see” drive, which supports UN Women.

Q. So if consumers see themselves as increasingly powerful change agents, what does it mean for brands?

A. Well, it means people expect more. And what they expect keeps expanding. It’s not just enough to be honest about ingredients. People now expect that companies are treating their workers in Bangladesh fairly, for example. They want a more caring consumption cycle.

Q. What does it mean for consumers?

A. Besides wanting to feel like they can exert this power, there’s also a social reward. They see consumption as a path to progress, and they want brownie points from their friends for making these choices. They want to send out signals to others. That’s a huge part of this trend.

Q. Okay, but there is a school of thought that these days, consumers — especially the digitally adept Millennial generation — are deeply cynical about corporate behavior

A. Yes, they can be cynical, but they are also savvy. We don’t listen to advertisements anymore. But we do expect that the Internet will force companies to pull up their socks and do the right thing — because if they don’t, somebody will out them, and it will go viral on the web. Hollow talk from companies doesn’t work.

Q. So outing bad brands in social media is a trend that doesn’t show signs of slowing?

A. Well, more articulate consumers are happy to call out brands and companies that aren’t behaving ethically. And we talk a lot about the criticism of brands online. But in truth there’s a lot of positive commentary, and people are willing to share their good thoughts, too. And there are plenty of rankings, so people are weigh in more on what they like.

q&a, retail
1 comment about "Q&A: The Rise Of 'Buy Our Product, Change The World' Positioning".
Check to receive email when comments are posted.
Next story loading