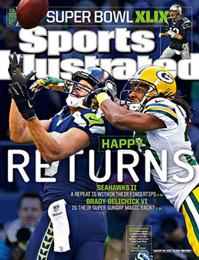 While digital media is becoming more visual, that doesn’t necessarily spell good news for professional photographers, many of whom are being forced out by a combination of shrinking budgets and cheap digital cameras.

Sports Illustrated confirmed that it has laid off all six of its remaining staff photographers — a particularly drastic move for a publication that relies heavily on images.

On Thursday, SI laid off staff photographers Robert Beck, Simon Bruty, Bill Frakes, David Klutho, John McDonough, and Al Tielemans. SI’s director of photography, Brad Smith, told the National Press Photographers Association: “There was a decision made through [publisher Time Inc.] to restructure various departments, including at Sports Illustrated. Unfortunately, economic circumstances are such that it has cut the six staff photographers.”

Smith added: “Our commitment to photography is as strong as ever, and we will continue to create the best original content possible,” drawing on images produced by a network of contributing photographers.

He added that he hoped the laid-off photographers might continue to contribute to the publication on a freelance basis.

Time Inc. has been cutting costs since before its spinoff by former owner Time Warner in June of last year. Cost-cutting measures include a planned move to smaller offices later this year, more sharing of editorial and photography resources between publications and several rounds of layoffs.

As noted, SI isn’t the first publication to axe all its staff photographers.

In May 2013, the Chicago Sun-Times laid off its entire photography division, including 28 photographers and editors, with plans to have reporters equipped take their own photographs with digital cameras. Subsequently, several photographers were rehired in March 2014.