Take A Selfie, Win A Civic 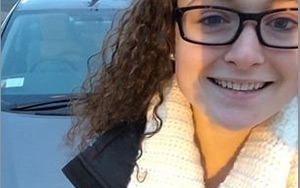 The Selfie For A Civic sweepstakes leverages the selfie craze by inviting people to visit their local TriHonda dealership and snap a selfie with a Civic. Then, they post the photo to Instagram or Twitter with the hashtag #SelfieForACivic as well as the dealership’s associated hashtag.

Three people will receive tickets to a Brooklyn Nets game at The Barclay's Center, where one of those finalists will win the grand prize of a 2015 Honda Civic LX Sedan.

This campaign is supported by TV, radio, and a digital banner campaign running in the Tri-State area across a variety of publishers. The HelloWorld designed Web site that hosts entry information and displays submissions. The effort is also promoted across Facebook and Twitter. In addition, there is in-store signage for each of the 61 Tri Honda dealers, which guide consumers to take a selfie with a 2015 Civic.

While the contest is designed to appeal to everyone, executives say one benefit to tapping into pop culture is its youthful appeal. "Due to the nature of the promotion (i.e., selfie) we anticipate we will be attracting a slightly younger target,” says Christopher Berger, vp integrated production director for PKT. Participants must be at least 18.

One key challenge, however, has been rolling out a cohesive campaign across so many dealerships. "In any program involving retail, a key challenge can be ensuring that each sales team knows about the program and is informed on what to do when consumers start showing up to participate," says Berger. "In this case, PKT and Tri Honda Dealers ensured that all 61 dealerships were educated on the promotion and our goals. We're already seeing a positive response and a stream of great selfies being posted."