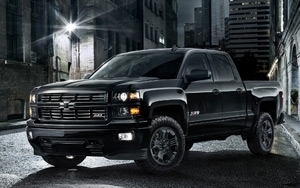 Snowpocalypse? It’s called a snowstorm. At least in New York. And it was nothing like last year’s bone-freezing polar vortex. And it sure doesn’t look like all that frigid wind from the west will upset the auto sales apple cart.

In fact, forget the mercury; the 2015 business looks to be off to a blistering start, with J.D. Power & Associates seeing new-vehicle retail sales for the month reaching the highest levels for January in a decade, reaching 932,000 units, an 8.5% increase.

“The year is off to a great start with exceptional growth in retail sales,” said John Humphrey, SVP of the global automotive practice at J.D. Power, in a statement. “The sales momentum seen throughout 2014 is continuing into 2015, and unlike last year, inclement weather has not slowed vehicle sales thus far. With an additional weekend in January this year, the industry is on a trajectory to post the second-largest year-over-year retail sales growth in the past 17 months.”

Sibling firm LMC Automotive is sticking to its 2015 retail sales forecast at 14 million, and its total light-vehicle sales forecast at 17 million. “The auto industry is starting 2015 on auto pilot with January tracking as expected after a vigorous December,” said Jeff Schuster, SVP of forecasting at LMC. He says growth of 3% should be easy -- and that, if anything, automakers and suppliers won't be able to keep up with demand.

Kelley Blue Book, meanwhile, sees a 12.9% year-over-year increase to 1.14 million units in January -- a month that, by the way, is typically dead slow both because of winter blahs, and because sales volume gets pulled into December with all of those year-end deals to drive up full-year volume. The firm predicts the highest reported January since 2006.

“Sales are trending well above levels since this time last year, when the polar vortex kept shoppers away from dealerships in many parts of the country,” said Alec Gutierrez, senior analyst for Kelley Blue Book. The firm said General Motors will be the top gainer this month, with 19.5% lift, thanks to lower gas prices and strong interest in trucks like Silverado and GMC Sierra.

Fiat-Chrysler will, per KBB, be a top performers in January thanks to Jeep Cherokee -- which, incidentally, has snow-optimized AWD selection. Ram will also benefit from low fuel prices.

Kelley Blue Book also anticipates sales will improve more than 10% in January alone. “Expect a strong push from Chevrolet Silverado, GMC Sierra, Ram and F-Series, especially when taking into consideration the low cost of fuel and the appeal of these recently redesigned core products,” said Gutierrez.