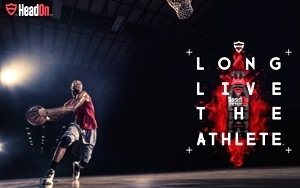 For decades, Pepsi's Gatorade and Coca-Cola's Powerade have spent millions battling one another for market share of the $2.45 billion U.S. sports drink market. Yet, both brands have tended to stick to a similar playbook by using traditional channels featuring prominent athlete brand ambassadors: Lebron James pitches for Powerade, while Peyton Manning reps Gatorade.

Now, just in time for the Super Bowl, Impact Beverage is launching a new drink for athletes called HeadOn and has appointed StrawberryFrog as its strategic and creative branding AOR after a review.

The new brand is taking on these stalwarts in the category by positioning itself as not just an alternative to other sports drinks, but rather, as an entirely new experience.

StrawberryFrog is tasked with producing a “cultural movement” for HeadOn that will include a brand  strategy, integrated activity across media including digital, print, in-store and TV.

"We are greatly looking forward to breaking the pattern of sports advertising," says Chris Perkins, managing director of StrawberryFrog. "Why? Because these days people are paying more attention to what's in the beverage than who reps it. It's a different head space in 2015. And athletes want something more than just a celebrity in the ad."

The first creative is designed to make consumers feel modern and authentic, not your typical sports play. Additional components will debut over the coming months.

"There's nothing more exciting for an agency than to challenge the status quo with a disruptive strategy and fresh creative," says Scott Goodson, founder of StrawberryFrog. "We are inspired by the management team of Impact Beverages to change the game."

One key point of difference is the beverage itself. HeadOn is meant to feel like it's created for athletes in 2015 for the world today and in the future, whereas Gatorade was created back in the '70s. “HeadOn was developed with ingredients tested in a study with the Marine Corps. Participants who used ingredients in the supplement showed improved recovery throughout the study,” stated Dr. Gerald Haase, Chief Medical Officer of Impact Beverage LLC.

"The creativity and strategic thinking that StrawberryFrog has delivered so far shows me we have an extraordinary partner for the future," says Vasquez. "Together, we will deliver disruptive, effective, innovative and quality communication with a Challenger Brand framework."