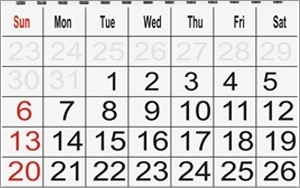 A report released Tuesday suggests that marketers should consider the day of the week when making media buys. Mobile searches happen more often on Sunday. During Q4 2014, mobile searches rose 17% higher on Sunday compared with other days in the week, while desktop searches ranked highest on Mondays, up 9% above an average day.

"It makes total sense because you're out and about," said Tamara Gaffney, principal analyst, Adobe Digital Index. "We don't think brands have paid attention, yet, to buying media based on the day of the week."

The Adobe Digital Index's Q4 Digital Advertising Benchmark report also reveals that Facebook posts, impressions, interaction rates, and interaction types occur mostly on Friday. Interaction rates for Facebook posts from retail brands rose about 14% to 15% in Q4 2014, compared with the prior year. "Who cares about Friday? Movie studies and theaters care about Fridays," Gaffney said. "Fridays are when people plan their weekend activities."

Gaffney said Thursday night television was a big night for movie studio advertisements to catch the attention of those making plans for the weekend. She believes this type of thinking could play out on digital if the industry begins to consider behavioral patterns across different media. Since marketers cannot put dollars in to all media, it makes sense to think more about behavior and media.

Overall, Google's cost per click (CPC) grew, but not nearly as much as click-through rates. Global CTR rose 19% YoY, while CPC rose 8% during the same period. CTRs were flat for marketing running ads on the Yahoo-Bing network, with CPC growth up 7% YoY.