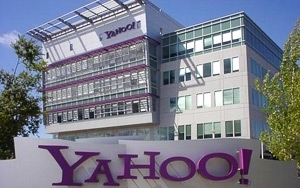 Yahoo Tuesday announced a plan for a tax-free spinoff of the company's remaining holdings in Alibaba Group into a newly formed independent registered investment company, SpinCo. The stock of the new company will be distributed pro rata to Yahoo shareholders, resulting in SpinCo becoming a separate publicly traded company. Along with the spinoff, Yahoo announced earnings. Search advertising performed better than many expected.

Following the spinoff, Yahoo will continue to operate its core business and hold its 35.5% interest in Yahoo Japan. SpinCo will own all of Yahoo's remaining 384 million shares of Alibaba, valued at $40 billion based on the closing price on January 26, 2015, as well as a legacy, ancillary Yahoo business. SpinCo will assume no debt in the transaction, and Yahoo will retain its cash.

Along with an uptick in gross search revenue, the price-per-click rose 7% and the number of paid clicks rose 10% in Q4 2014 compared with the year-ago quarter. Mobile revenue for the fourth quarter and full year of 2014 was approximately $413 million and $1.26 billion, respectively.

eMarketer calls Yahoo's mobile advertising growth "a bright spot" in a struggling business. In the U.S., the company took 3.2% of the $18.75 billion mobile ad market in 2014, per eMarketer, and is expected to see the largest share increase among the top U.S. mobile ad selling companies between now and 2016.