Super Bowl Ads Sell Out At $4.5M Per Spot 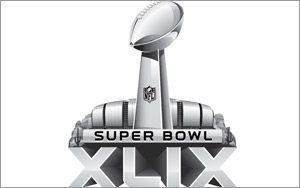 In a difficult TV marketplace, NBC says it is now sold out of Super Bowl advertising inventory heading into the big Sunday game.

“It has been a challenging ad sales marketplace,” says Seth Winter, executive vice president of advertising sales for NBC Sports Group and NBCUniversal News, in a press conference. “I won’t diminish that. This is not the easiest of exercise I’ve been through.”

About three weeks ago, NBC said it was around 95% sold out of the commercial inventory in the game.

NBC says the price for over 70 thirty-second commercial units in the game went for around $4.5 million per commercial. Winter says even against a challenging marketplace, “we have been able to maintain premium pricing we set out to maintain for the game.”

Overall, this would put NBC’s payday at around $315 million in advertising revenue for the game itself. NBC says it has signed up 15 first-time advertisers. Fewer auto commercials will make it into the game this year — into the “low teens,” Winter has said previously.

As of Wednesday, Winter says the Super Bowl pre-game show has a couple of early afternoon spots available — with the post-game completely sold out. In the past, Super Bowl airing networks have pulled in around $50 million to $60 million or so in advertising for almost day-long pre-game and post-game programming, according to analysts.

Although the priciest Super Bowl on record for advertisers, Winter believes the return on investment for sponsors is worth it. “I believe the value of the Super Bowl is probably double,” says Winter. “I used the figure of almost $10 million, and I think we proved that out.”

With regard to the digital streaming of the game by NBC, Winter says 18 advertisers have both on-air and online inventory, and that “everyone who is on our digital platform is represented in and around the Super Bowl.”

NBC says it has pulled in “eight figures” when it comes to digital streaming advertising revenue.