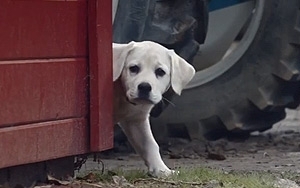 This year’s Super Bowl pulled in the second-largest amount of commercial time from paying advertisers ever for the big game — 39 minutes and 45 seconds — according to Kantar Media.

Adding up other non-programming time, which includes NFL promos and NBCUniversal network promos, this total comes to 48 minutes and 25 seconds — or 23% of the entire broadcast of the game. The game itself ran 3 hours and 35 minutes, including half-time.

This year’s game is the third-largest when it comes to non-programming time; the 2013 game had the most, amounting to 51:40.

Anheuser-Busch and Fiat Chrysler ran the most commercial time at 3:30, each with three units. Toyota was next at 3:00 and four units. Comcast Corp. and Microsoft each ran a total of two minutes -- four units for Comcast and two for Microsoft.

Thirty-two percent — 13 companies — were first time advertisers out of total number of 41 parent companies. This was way up over the 23%, with 9 new advertisers, of a year ago.