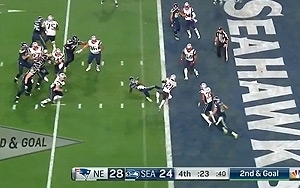 The down-to-the-wire Super Bowl XLIX (Super Bowl 49) pulled in a Nielsen 114.4 million viewers for the New England Patriots win over the Seattle Seahawks -- 2% higher (2.2 million viewers) over the game a year ago, which was also a record.

NBC’s “The Blacklist,” which followed the game, earned 26.5 million viewers overall and a 8.7 rating among adults 18-49 viewers, the highest prime-time entertainment telecast of the big four networks since the ABC’s “Academy Awards” in March 2014.