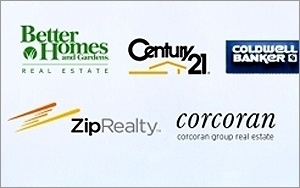 Real estate giant Realogy is conducting a media agency review according to sources. The company spent nearly $115 million on measured media expenditures in 2013, according to Kantar.

Sources said the company was contacting agencies with an RFP. A company rep declined to confirm the review. “We don’t comment on rumors in the marketplace so I will neither confirm nor deny,” reports of the review, a company rep said in response to an email query.

During its third-quarter earnings call last November, the company downplayed any notion that it was preparing for a huge marketing blitz in 2015.

When asked by one analyst if that was something to watch for, Richard Smith, CEO of Realogy Holdings, replied: “I think I would look at it in a slightly different fashion…You’re not going to see consumer-based brand awareness spending. ..You’re going to see good old fashioned local market organic search.” And he added, “you’re not going to see a big increase in marketing spend to generate those organic leads.”

It wasn’t immediately clear who the incumbents are on the Realogy media account, or whether those shops are participating in the review.