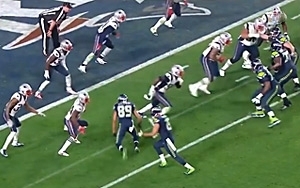 Brands may have paid upwards of $4.5 million to air commercials during the Super Bowl, but new research from MediaVest USA/SMG finds that brands don't necessarily need to advertise during the actual event in order to connect with viewers.

Rather, it is more important just to be associated with the game.

To that end, in the fast-food category, a non-Super Bowl advertiser with an active social-media presence had higher scores across all measurable metrics than its closest competitor that actually ran in the game, reports MediaVest USA, which declined to identify the actual companies.

This suggests that even if brands are featured in the game, a “non-in-game” competitor can usurp you, says MediaVest USA.

"The Super Bowl remains a great cultural event and a huge platform for brand storytelling," says Richard Hartell, President, Strategy, MediaVest USA. "It's evolution has been around how that storytelling extends beyond the ad in the game. Content on second and third screens that leverages data to segment and sequence the messaging makes the big idea richer, more liquid and more relevant. Being in the game remains important but increasingly the ad is only part of the story and not the sole driver of success."

For brands to connect with fans, TV must become just part of their strategy, which includes social media and mobile. Nearly two-thirds of Super Bowl viewers (61%) say they watched at least some of the Super Bowl on a device, including TV, computer and mobile/tablet. Some 58% of respondents consumed content or anything related to ads on three different platforms (social media, YouTube and TV) as opposed to just one.

"We’re not telling anyone to not be in the game," says Hartell. "Brands should be strategic with their involvement in and out of the game. If in-the-game, brands should still produce content on other platforms."

This cross-platform consumption — watching the game across multiple devices — boosts advertising recall. The number of respondents who remember seeing ads on TV alone was 40%, but this number goes up by 31% to 71% among those that watched via cross-platforms.

"A key takeaway is that being in the game is important, but brands need to make use of every screen in order to take full advantage of their presence in and association with the Super Bowl," says Hartell. "Not creating a digital/mobile/social extension just isn’t worth it."

Yet TV still drives awareness. Across all brand categories, consumers were five times more likely to successfully remember advertisers that appeared during the game compared to those that were not in the game at all.

In-game ad exposure generated 1.5 times higher favorability among viewers than non-Super Bowl advertisers. That said, some brands were more memorable than others with viewers most likely to recall snack, non-alcoholic beverage and beer categories.

Ultimately, fans want to engage and, more importantly, re-engage with Super Bowl content before, during, or after the game. "If ad content is good enough, consumers are going to seek it out on extended sites, enabling brands to garner exposure even if they are not in the game," says Hartell. "Ultimately, if your content is impressive and impactful enough, it will be shared by consumers. Content is still king."