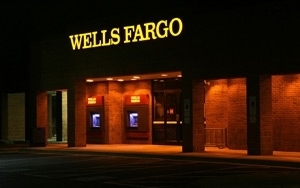 The financial institution has undergone a fundamental shift in the way its marketers design and execute campaigns. It starts each campaign by bringing in all advertising agencies early in the process to progress through ideas, Moldafsky said, speaking at the 2015 ANA Brand Masters Conference in Dana Point, Calif. BBDO, Wells Fargo's agency of record, remains one in a plethora of agencies supporting Wells Fargo campaigns,

Moldafsky described Wells Fargo's marketing and advertising strategy as focusing on a total market approach, calling it a fundamental shift in thinking in the way the company's marketers design and execute campaigns.

The company's strategy brings insights into the conversation early in the process, with an upfront focus on the target audiences as well as segments. Common threads or "universal truths" are identified that span cultures in order to create a total market approach. The strategy also uses relevant cultural signals and leverages the correct media. It's a journey that requires science and art, she said.

The company's strategy has become more heavily represented by diverse cultures and backgrounds including Asian, Hispanic, and Black as well as Caucasian.

About 54% of marketers practice a total market approach, and of those that do 69% reap the benefits, Moldafsky told attendees.

There are universal truths like going to school, owning a home, and for securing retirement, Moldafsky said. These universal truths become the thread holding together the strategy. She pointed to several brands in addition to Wells Fargo, running what she calls successful television ads that created the best total-market advertisements such as Honey Maid, and Target, which produced a TV spot with a Latin feel that ran in the United States.