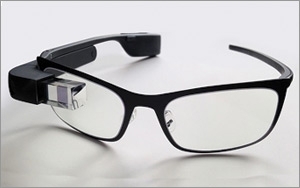 Tony Fadell, the creator of the smart thermostat at Nest Labs, will take charge of the next incarnation of Google Glass. The next version will reboot from scratch in secret without input from consumer early adopters -- marketed by Google as Glass Explorers. The earlier strategy backfired.

During the first version -- before it was ready -- Google Glass was unveiled as a prototype in 2012 and then distributed to a select group of early adopters, Google Glass Explorers, who were willing to pay $1,500. The hardware stirred privacy debates based on its video capabilities, but also the inability of it to communicate with the Internet without connecting to a mobile phone.

Google's operating expenses rose 35% during 2014, as the company infused an additional $1 billion in research and development for projects from Google Glass to self-driving cars, satellites and other hardware projects, notes adMarketplace's President and COO Adam Epstein.

A hardware project from an Internet software-focused company, Glass was Google's biggest failure, aside from Google TV. The headset became one example of how an Internet company filled with software-focused engineers wanting to delve into hardware couldn't bridge the gap, with the two types of technologies being very different. As The New York Times points out, Google Glass created buzz. Time magazine named it one of the Best Inventions of the Year, and Vogue magazine gave it a 12-page spread.

As for Fadell, he became a Google employee last year when the company bought his home automation company Nest Labs. It may take longer to see another version because companies like Intel, Epson and Microsoft are all well on their way to providing consumer products.