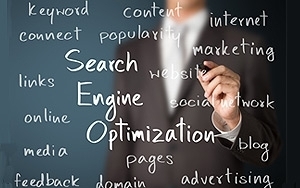 An advertising agency in a very large holding company has begun to use social keywords to find and target specific audiences in paid search, as well as optimize search engine content. The agency uses data from StatSocial.

Since Google eliminated Web site referring keyword data after encrypting query searches, marketers have been looking for other ways to bridge the divide. Eliminating the ability to track consumers by keyword searches affected many Web site owners because they lost the ability to segment users by keywords within their Web analytics software to better target content.

The unnamed advertising agency began analyzing, tracking and using keywords from social audiences. Hundreds of keywords are run through StatSocial's platform. A report kicks back information on gender, age, interests and more.

Based on the social data, the report reveals the best keywords to use to target a specific audience for paid-search advertisements, and the best words for optimizing content on the brand's site to serve up in search engine query results.

Aaron Goldman, Kenshoo's CMO, often talks about the "tremendous lift" to Facebook advertising campaigns when search keyword data is used for Facebook ad targeting. In December, he spoke about the promise for using native Facebook search data as a proxy for consumer intent promising.

StatSocial CEO Michael Hussey said the company Tuesday will release a list of the top 100 social influencers based on "Pull," which measures two degrees of separation. Pull, per StatSocial, measures the influence of the followers of an account, but also the connections of those following the followers. It combines a social graph with an interest graph to create a ranking.

The measurement eliminates spam and business accounts. The company rebranded from PeekAnalytics to StatSocial, and shortly after began working with a variety of affinity data, which provides a breakdown in raw percentages of specific interests such as marketing or entertainment of followers. Someone with one million followers who follows one million may not be as influential as someone with a million followers who follows 500. Stay tuned.