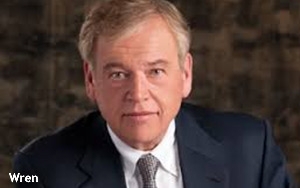 Omnicom Group said Tuesday that revenue in the fourth quarter of 2014 increased 3.4% to nearly $4.2 million, with organic growth (which excludes the impact of acquisitions and divestitures as well as currency fluctuations) of 5.9%.

Net income for the full year crossed the billion-dollar threshold to $1.1 billion, up 11.4%.

Commenting on the outlook for 2015, Omnicom CEO John Wren said he was “very comfortable” predicting that the firm would generate at least 3.5% in organic revenue for the year.  Pressed on an analyst call to discuss results why he was seemingly bearish looking ahead compared to what the company achieved in 2014, Wren replied that he was “cautiously optimistic,” but that “with all the unrest in the world” and a bit of a slowdown in the world economy “I can’t say we’re going to outgrow that.”

Among the company’s different service offerings, advertising showed the strongest growth on a percent basis, up 9.1%, driven in large part by the firm’s media offering. The company notched several big account wins, including SC Johnson (PHD) and Johnson & Johnson (OMD).

Wren told analysts that he believed media would again be an “outperformer” in 2015, due to its growing complexity and the client need to “get it right.”

Wren indicated that acquisitions would continue to be on the company’s radar this year. For the most part, the company’s M&A focus in 2015 is on media, data analytics, CRM and healthcare businesses, he added.

Wren said his sense at this early period in the year was that client spending budgets for 2015 are “similar to 2014,” with a continuing shift to new digital channels. “They’re in line with GDP growth in most markets,” he said.