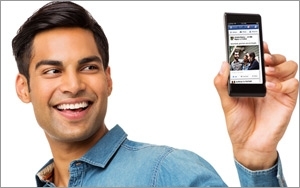 Part benevolence, part business, Facebook is expanding its Internet.org initiative throughout much of India.

Launched in 2013, Internet.org has been positioned by Facebook as primarily a humanitarian effort to close the digital divide between those of greater and lesser means around the globe. Along with Facebook’s flagship platform, mobile users will gain access to news, job search services, health and local government information, among other offerings.

With an eye on emerging markets, Facebook already lets advertisers target mobile users -- and tailor their ads -- based on the speed of a user’s network connection. The ability to target by bandwidth connection is supposed to ensure a smooth user experience on any given device and network speed.

Though 2017, emerging Asian markets, such as India, China, Pakistan, and Indonesia, are on track to see strong 10% to 11% annual growth, according to a recent forecast from ZenithOptimedia. That share could increase significantly if Facebook finds a way into China, where it has been banned since 2009.

It is no surprise, then, that Facebook reportedly sought to participate in Xiaomi’s recent fund-raising round -- even though it failed to agree on terms with the Chinese hardware giant.