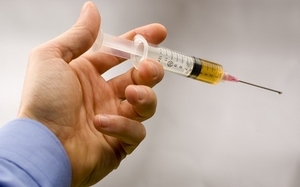 Revenues earned by manufacturers of vaccines topped $25.5 billion in 2014, according to Kalorama Information.

Influenza and pneumococcal were the largest categories in terms of revenue, according to a report from the healthcare market researcher, which has studied vaccine products for decades.

Vaccines are a big business and a growing business, but the industry has unique circumstances and challenges, Kalorama reports. The market is relatively small compared to the overall pharmaceutical market, and production costs and discounts are challenges in the industry.

"It is a lower profit business than traditional pharmaceuticals unless we are talking about novel vaccines or delivery forms," says Bruce Carlson, publisher of Kalorama Information, in a release. "On the other hand, the companies that are now in the vaccines marketplace have been in the market a long time. It can be more dependable revenue with a small customer base and normally less sales expense."

Top vaccine companies Merck, Sanofi Aventis, Pfizer, Glaxo and Novartis controlled 88% of the market in 2014, according to Kalorama. Last year, Novartis decided to sell its vaccine business to Australia-based CSL. Novartis left in order to pursue cancer drugs and other categories.

Recent news coverage of the outbreak of measles after some parents’ refusal to vaccinate their children due to health concerns  has put vaccines in the spotlight.

Critics say that pharmaceutical companies and doctors push vaccines despite some possible side effects from the shots because of the profits they make. Key issues in the global vaccine market include product safety, refusal to immunize, supply shortages, the use of vaccines to prevent pandemics and address bioterrorism, and innovations in vaccine delivery systems.

Kalorama notes that vaccine revenues do not reflect profits to the companies and that while profits can be difficult to calculate, they are lower than traditional pharmaceutical products.

Vaccines are expensive to make, in-house facilities are expensive and outside suppliers such as egg farms and contract biomanufacturers can often be at capacity in peak seasons. Since the largest payers are governments with high-volume negotiating power, discounts are a part of the business.