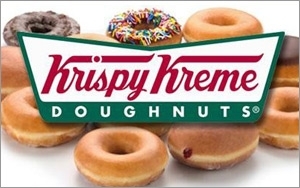 Marketing apologies continue to rack up in numbers, but the latest one from Krispy Kreme U.K. puts the icing on the donuts. Perhaps those running campaigns get anxious and pull the trigger on search, display, email, and social campaigns a bit too soon.

Krispy Kreme has apologized for a Facebook post that introduced a local store's Krispy Kreme Klub meeting as "KKK Wednesdays."

The donut maker plans to change the name, reminiscent of the U.S. white supremacist group, but comments are still streaming in on Krispy Kreme U.K.'s Facebook page. The Hull, U.K., branch of Krispy Kreme, took down a promotion on Facebook last week.

Most times, mistakes are caused by human error, especially when considering the global nature of online marketing. Other times data and automated systems come into play.

Kevin Ryan, founder of Motivity Marketing, wrote a piece for Search Marketing Daily last year on apology marketing. He called it the Apology Marketing Road map. Since then, I've been paying more attention to the blunders.

Like the email from the General Assembly that tells those on its email list about upcoming classes in San Francisco, when it really meant to describe the Data Science and Back-End Web Development programs in Los Angeles. The group blames the mistake on their GA Robot and vows to make it listen to "Nickelback nonstop for 24 straight hours. It's safe to say you won't see any more errors."

Then there's the one from L'Occitane that mistakenly emailed birthday wishes to "valued customers." With sincerest apologies for any confusion or inconvenience, the email notes the birthday collection offer featured in the email is no longer available.

Ryan believes that if marketers need to send an apology email, they should offer the consumer a discount for the inconvenience. Linea Pelle's site went down. The company sent an apology and 15% off code to use at checkout on the consumer's next purchase.