Snapchat Valuation Pegged At $19B, Media Brands Invest In Service 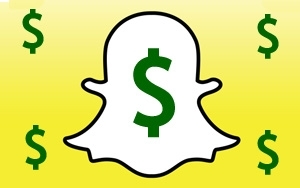 Snapchat is reportedly raising another $500 million at a valuation approaching $19 billion.

Sources tell Bloomberg Businessweek and The New York Times that the deal is real. Whether the lofty appraisal is rational or a case of hype-driven irrational exuberance has industry insiders talking.

“Twitter's market cap is $30 billion, and they are growing slower and have 300 million users versus Snapchat’s estimated 200 million,” Mansell said on Wednesday. “Snapchat is an emerging platform for users of all ages and for marketers, and there are great opportunities for brands to tap into that audience.”

While other executives estimate that Snapchat’s usership is far lower than 200 million, they are no less bullish about the platform.

“Snapchat’s 100 million monthly users and rapid growth make it particularly compelling,” said Laura O’Shaughnessy, cofounder and CEO of social advertising and analytics firm SocialCode. “In terms of valuation, the sky is the limit if they're able to deliver ad performance at scale."

If the reports are accurate, Snapchat would not be the first tech start-up valued in the $20 billion range. Last year, Facebook happily dropped about $22 billion on messaging service WhatsApp.

A big problem for Snapchat, however, is its promise not to store user data, which can be used to improve ad targeting, said Ben Legg, CEO of ad tech firm Adknowledge, and the former COO of Google Europe. As such, “although Snapchat has great momentum in terms of number of users and time spent … it will find it very hard to generate anywhere near the revenue per user of, say, Facebook.”

(Facebook, by the way, currently has a market cap of more than $200 billion, and boasts about 1.3 billion monthly active users.)

From unambiguous advertising to branded content, business opportunities remain highly experimental on Snapchat. The vanishing-message service only recently introduced ads to its platform, which also disappear after users view them or within 24 hours.

Still, recognizing Snapchat as an established platform, media companies and brands have been increasingly willing to invest in the service.

Drawn to its young users, AT&T is developing a scripted entertainment series specially for Snapchat. Produced by Fullscreen and Astronauts Wanted, “SnapperHero” will rely on social media influencers and their fan bases to shape and steer its narrative.

From CNN to ESPN, Snapchat also recently corralled a crowd of top media brands to participate in its new Discover service. Each partner gets its own channel, which features content produced specifically for Snapchat’s young audience.

Cosmopolitan's editors plan to upload a daily Discover “edition” with five articles that users can swipe to view. The editions, which will only be available for 24 hours, will also include sponsored interstitials between articles. Launch partners included Sperry and Victoria’s Secret.

Launched in 2011, Snapchat shot down a $3 billion acquisition offer from Facebook in 2013.

Regarding reports of the fresh funding, a Snapchat spokeswoman declined to comment on Wednesday.