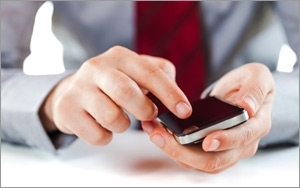 Consumers feel much more comfortable these days making purchases on their smartphones. But slow-loading Web pages and apps, inadequate security, troubling navigation, and purchases that require too many clicks continue to stifle progress, per a recent study.

When it came to determining what it would take to make more purchases from a mobile device, consumers had preferences based on the device, per the Mobile Shopper Survey that Fluent will release later this week.

Roughly 30% of respondents across devices said increasing security would encourage them to shop more from their phones -- 26.7% on Android, and 21.5% on iOS.

Fluent conducted the survey between Jan. 16 and 18, 2015 among 5,269 adults ages 18 and older to discover how they used their smartphones during the past year and whether they have embraced shopping on smartphones.

Among respondents earning $75,000 or less in annual income, 53% said they have Androids, compared with 30.4% on iPhones. The remainder selected "other," such as BlackBerrys and Windows devices. Survey respondents earning more than $75,000 annually were almost evenly split between Android and iPhone.

Not surprisingly, email is the most popular mobile app, especially for females. Overall, 28% of survey respondents listed email as their primary mobile phone activity, though women had a higher percentage of email use than men, 34.4% vs. 21.2%, respectively.

When it came to activities, social was the least used app, about 2.5% for each Android and iOS. Shopping also scored low in terms of activity, with about 4% for Android and 4.1% for iOS.