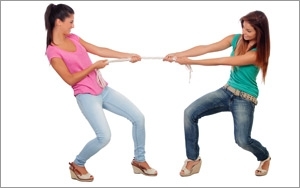 With the addition of DataPop’s technology and talent, Criteo will continue to broaden its channels enabling marketers to convert customers across a spectrum of marketing channels and deliver multichannel performance marketing across all devices and screens.

DataPop cofounder Jason Lehmbeck launched the company in August 2008, after working at Yahoo, and DoubleClick. He will remain with the company, working mainly from the Los Angeles office. For now, the company will operate as DataPop offices.

Criteo would not comment as to whether DataPop will remain a stand-alone company or if the technology will integrate into its platform. "DataPop has a fantastic technology set and team that is a great match in terms of culture and future direction," said Eric Eichmann, president and COO of Criteo. "Converting customers across a broader spectrum of marketing channels is critical. They are looking for holistic performance marketing solutions that can target and deliver relevant ads to customers and generate measurable ROI across all devices and channels."

DataPop has a great reputation working with other companies, such as Kenshoo, across the advertising industry. The two companies launched a Search and Social Commerce Index showing how retailers miss opportunities to better brand and merchandise via social commerce, with only 1.7% of products posted on social commerce properties.

"The company had 7,190 TTM clients at the end of 4Q, up 42% Y/Y," wrote J.P. Morgan Analyst Doug Anmuth in a research note. "Criteo noted 4Q strength was driven by the continued rollout of its new conversion engine, client growth, 37% growth in spend from 4Q13 advertisers, and greater access to inventory through more than 9k publishers."

J.P. Morgan analysts, concerned about the acquisition, gave a somewhat lighter guidance due to the acquisition and continued investments in sales and R&D. DataPop is expected to have an approximate $10 million dilutive impact on Criteo's 2015 EBITDA outlook of between $108 million and $115 million, he wrote.