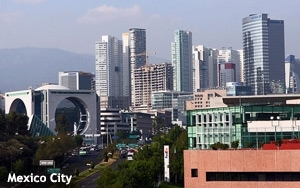 Founded in 2003, Crossmedia started as an email marketing company and evolved into a full-service digital agency by 2006. The shop works with clients such as Bimbo, Banamex, LG and eBay, among others.

WPP acquired Crossmedia via its Wunderman digital and crm agency network in 2012.

Crossmedia will be fully branded and operational as VML by the end of the first quarter of 2015. With the addition of the Crossmedia operations, the VML network expands to more than 2,300 employees with 26 offices worldwide.

“VML has an established presence and history in Latin America through our Brazil and Colombia operations, but there has always been a strong client demand for VML operations in Mexico,” said agency CEO Jon Cook. “We have spent years searching for the right partner, and we have now found that fit.”

Cook added that Crossmedia’s operations complement VML’s offering in Bogota and Sao Paulo, where the shop works with clients such as Mazda Colombia, Kimberly-Clark and Colgate.