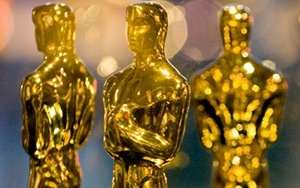 Complex analytics platforms continue to transform into predictive machines that can forecast the outcome of everything from Super Bowl champs to presidential elections. Now the folks on the Oracle Data Cloud team think they know the winners for Best Picture, Best Actress and Best Actor in the 2015 Academy Awards.

The team analyzed survey results from more than 1,000 consumers, gathered insights from global social media feeds, and aggregated sentiment from more than 400 million Web sites. The goal is to take the pulse of moviegoers aims to determine why, what and how they think about this year's Academy Award nominees, and then turn those findings into predictions.

"American Sniper," for example, dominated the box office share of voice on social media, but had the most negative sentiment, per the findings. "The Imitation Game" had the highest percentage of positive sentiment with 70%. The analysis, focused on the viewing behavior of moviegoers, identifies what consumers do, say and buy when it comes to movies and the 2015 Academy Awards

Regardless of their preferred mode of viewing, most consumers watch one to three movies per month and get their movie recommendations from friends or family vs. online reviews or award-nominated movies.

Consumers between ages 19 and 29 remain the most common group for moviegoers. Those who engage with movie content are likely to shop for or have shopped for other experience-related purchases such as concert or sporting event tickets, as well as entrance into amusement park or dining.

Consumers who watch the Academy Awards are likely to spend 1.2 times more than the average household on retail items and are 1.4-times more likely to buy designer fashion and fine jewelry. They are often in-market for pet supplies, mid-sized vehicles, and exercise and fitness equipment.