Century 21 Kicks Off 2015 Efforts Without CMO 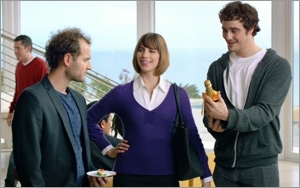 Century 21 Real Estate is kicking off its 2015 marketing efforts without a CMO at the helm.

During her seven years at Century 21, Thorne led the brand’s marketing, from Super Bowl TV ads and sponsorship of the Olympic U.S. bobsled and soccer teams to social media marketing campaigns.

Rick Davidson, president and chief executive officer of Century 21 Real Estate LLC, declined to comment to Marketing Daily on Monday about what the company’s plans are for filling the CMO position or how it is handling duties in the meantime.

"We are proud to put our affiliated agents front and center in our national marketing and advertising efforts,” Davidson says in a release. “This marketing campaign will keep them top-of-mind with home buyers and sellers throughout the year."

The TV spots continue the theme of “Smarter. Bolder. Faster.” which Thorne was instrumental in creating.

In "The Chase," an agent races against the clock to deliver a message before his clients board their flight, while "Mom's Basement" features an agent tasked with finding the perfect bachelor pad for a man who might prefer to stay in his mom's basement just a little longer. Both spots use a humorous bit of misdirection while also highlighting the fact that Century 21-affiliated agents will go to any lengths to help clients find their dream home.

In addition to the new TV ads, the brand will continue a second season with CFH Racing and Newgarden.

The brand also is renewing its sponsorship as the official real estate company of U.S. Soccer, which includes the U.S. Women's, Men's and Youth national teams through February, 2016. With commercials airing during U.S. Soccer matches including the Women's World Cup, which begins in June, the partnership will put the international brand's 100,000 affiliated agents located throughout 78 countries and territories, in front of hundreds of millions of futbol fans around the globe.

Earlier this year, Century 21 also announced that it will remain the official real estate company of USA Bobsled & Skeleton for the second consecutive year. The sponsorship includes a dedicated sled wrapped in black and gold featuring the Century 21 logo. In addition, the company's logo will receive placement on all national team sleds and team jackets.