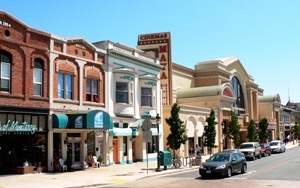 Search advertisers face a conundrum as they try to find ways to keep media-buying options simple, but expand from directories into Bing's Google's and Yahoo's networks. ypSearch, a local buying platform for search engine marketing that launched Tuesday, will now support small companies through one integrated platform. It relies on automation, machine learning, and reporting that tracks phone calls and triggers real-time notifications.

"Some of the same people around at the time paid search first began built the core to this platform," said Darren Clark, CTO at YP.

The platform rewrite gives small businesses access to search advertisements running on a marketplace under YP's ad inventory, allowing the company to combine the traffic and extend it out to Google's, Bing's, Yahoo's networks, and other high-quality sites. The combination gives advertisers an audience of about 80 million monthly visitors, per YP data from September 2014.

ypSearch could become more of a self-service platform, as the next generation of local small business owners up their use of advertising and marketing services, Clark said.