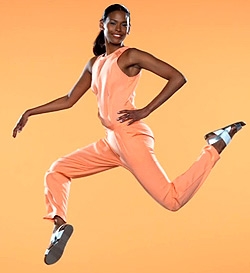 After a year of playing transitional defense, Target is taking the offensive, upping its marketing spending and digital initiatives, and getting ready to reinvent its food offerings. And to deepen its appeal for younger consumers, it also intends to expand in the natural, organic and wellness niche.

“We’re very pleased,” says chairman and CEO Brian Cornell in a conference call, webcasting the company’s fourth-quarter results. “We saw unexpected strength in the quarter.” He describes 2014 as a “transition” in which it repaired relationships with consumers following its large data breach the prior year, and announced its plan to scuttle its expansion into Canada.

Moving forward, he says the Minneapolis-based retailer’s “first priority is to drive digital growth and become the omnichannel leader. Our second priority is to define and improve our signature categories.”

That improvement has already begun, with fourth-quarter sales coming in even stronger than expected, propelled by better performance in the style, babies, kids, and wellness categories. Sales climbed 4.1% to $21.8 billion from $20.9 billion in the same quarter last year, reflecting a 3.8% increase in comparable sales. Net earnings from continuing operations rose 23.1% to $960 million. Traffic was a primary driver, and the digital channel contributed nearly a full percentage point to the comparable results. (That growth came entirely from mobile devices, he says.)

Expenses also rose, however -- including higher marketing spending, which Cornell credited for the solid seasonal gains. “Our creative broke through the clutter and was complemented with impactful digital and then great in-store marketing.” The company was especially pleased with double-digit sales gains in the toy category, much of it driven by the success of its list-making app.

Limited-time partnerships, including its collections with Toms, performed especially well, and executives say they will continue to be a significant focus. It just announced that it will double the number of brands included in this years Made to Matter collection, many of them in the wellness. Newcomers include Mrs. Meyer’s Clean Day, KIND, Happy Family and Ben & Jerry’s.

In the Q&A session of the webcast, executives acknowledged that its food departments have a long way to go to be competitive. “We have a lot of work to do,” he acknowledges, and the team says its multi-year reinvention strategy will include a much stronger focus on natural, organic and gluten-free products.