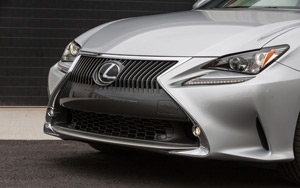 In-car technology is a critical enticement for car buyers, but these features are also potential minefields, since they can affect how consumers feel about the cars and trucks they buy. And consequently, they influence whether a consumer will return to a brand next time around.

In J.D. Power & Associates' 2015 Vehicle Dependability Study, which examines problems experienced during the past 12 months by original owners of 2012 model-year vehicles, over half of owners who reported no problems with their vehicle say they “definitely will” purchase the same brand next time. But only 43% of those who reported three or more problems said they would repurchase from the same brand.

In the study, 15% of new-vehicle buyers indicated that they avoided a model because it lacked the latest technological features. That is way up from last year, when only 4% said as much.

The study finds that Bluetooth pairing/connectivity and built-in voice recognition systems misinterpreting commands are the big bugbears for car buyers. J.D. Power’s influential Initial Quality Study, a shorter-period study looking at vehicle ownership after 90 days, found essentially the same thing: that these two features are the most frequently reported problems after three months.

Among owners who experienced a Bluetooth pairing/connectivity problem, 55% said their vehicle would not recognize their phone, and 31% said the phone would not automatically connect when it was within the vehicle, but it’s every single time. “This isn’t just the first time they come into the vehicle,” said Renee Stephens, VP of U.S. automotive at J.D. Power, speaking at a press conference on the results. “And this is after three years. They are at the point where they are considering purchasing or leasing a new vehicle.”

Stephens pointed out that the study was redesigned this year to reflect the importance of in-car technology as a function of design. “We are able to see much more clearly the difference between design-related concerns and [physical] defects and malfunctions.” She said over a third of problems reported are now design-related. But, she said, “exterior concerns are still the top-reported problems for customers.” Engine and transmission is second in importance, and entertainment, audio and navigation moved to third.

Lexus has the fewest reported problems for a fourth consecutive year, with a score of 89 problems per 100. Buick moved up from fifth to second. Then comes Toyota, Cadillac, and Honda and Porsche in a tie.

J.D. Power finds brands that saw big improvements are Scion, moving up by 13 rank positions from 22nd to 9th; Ram, which moved up 11 spots; and Mitsubishi, which improved by 10 positions. BMW is just above industry average, and just below Infiniti. The bottom five auto brands are Dodge, Mini, Jeep, Land Rover and Fiat.

Stephens said a major takeaway is that technology usability is a major component of consumer perception of vehicle dependability. The good news, she notes, is that technology problems in today's vehicles can can often be resolved remotely with downloaded software upgrades. “In the case of Bluetooth pairing problems, dealers can step in to help. Reaching out to owners presents an opportunity for automakers and their dealers to engage with customers in a positive way.”